On Friday, New York City’s terrestrial radio dial will lose its modern rock station. Ennis Communications is selling WRXP 101.9 to Merlin Media, and tomorrow, Merlin will take over programming. Eventually, the station will move to a news/talk format, but the sale requires federal approval which won’t arrive until the fall.

Now, why, you must be wondering, am I writing about an FM radio station format flip and sale on a Yankees site? Well, with the end of WCBS-AM’s five-year, $65-million contract looming at the end of the season, the Yankees and their radio broadcasts will be one of the most lucrative baseball free agents this winter, and Merlin, by many accounts, will attempt to play a role in the bidding.

Tied in with the fate of the Yankee radio rights are the futures of John Sterling and Suzyn Waldman. Bob Raissman had more on this story recently:

If WCBS radio re-ups with the Yankees, Sterling and Waldman will be retained. Despite all the blunderful calls and uncomfortable moments, the suits there have never complained about Ma and Pa’s performance.

The voices would likely be on the ropes if ESPN-1050 gets the rights. Considering the station’s weak signal (two Dixie cups attached by a string) that’s a longshot. Still, money changes everything. If ESPN brass is willing to pay silly dough for the Yankees it could land them, thus greatly improving its chances of finally toppling The Sports Pope Radio Network. If ESPN does acquire the rights, it would select its own voices. Yet one well-embedded 1050 mole said ESPN would consider keeping Pa but probably dump Ma.

The other possible player could be WRXP-FM. Merlin Media recently purchased a majority stake in the station from Emmis Communications. Already, there is speculation that WRXP, 101.9 FM (rock and alternative) will change its format to a conglomeration of news, talk and sports. What better way to get instant recognition than to have the Yankees, a mega-marquee property, as WRXP’s anchor tenant. The familiar sound of Sterling and Waldman would be a plus in a new format launch.

There’s always the possibility – and it’s a strong one – that in any new deal Yankees suits will demand the right to select the radio broadcasters or, at least, the right to approve the voices. This would be a positive development for Sterling and Waldman.

Raissman, decidedly not a fan of the duo he has termed Ma and Pa Pinstripe, has been speculating on their ousters for a while, but it seems as though the team is married to the pair. Waldman has blazed a trail as the first female in the radio broadcast booth, and jettisoning her could be a costly move. Sterling and his histrionics are popular (although CBS-AM’s ratings are dropping despite the popularity of the Yanks). I do like Raissman’s suggestion that the Yanks add some younger blood to the broadcast booth to spell John and Suzyn, but the two seem to miss games only for religious holidays and rarely anything else.

The bigger issue, as I mentioned in February, will concern the strength of the Yanks’ radio broadcast signal no matter where it moves. ESPN 1050 has a very weak signal compared to WCBS’ powerful booster, and sticking the Yanks on FM would lead to clear sound but a significantly smaller broadcast radio. In the car, for instance, I can tune into 101.9 only as far north as Miller Hill Road in Hopewell Junction on the Taconic but can get 880 AM loud and clear in the Berkshires in Western Massachusetts.

To visualize the potential signal change, take a look at this post on Bostonography. The typographically-oriented site recently compared the Yanks’ and Red Sox’s relative broadcast coverage, and it’s clear just how strong the Yanks’ AM radio affiliates are as compared with their FM counterparts. A frequency switch could spell bad news indeed for fans accustomed to WCBS AM’s signal. MLB.com’s radio package might just look more appealing come 2012.

Few members of the Yankees’ extended family elicit more debate and dissension than John Sterling and his Yankees Radio Network compatriot Suzyn Waldman. We’ve gone on the record wondering if the Yanks could do better but recognize that we’ve been stuck with Sterling for better or worse. Some people love his histrionics and gregarious radio voice while others would prefer that Waldman and Sterling work on their descriptive abilities and call the game as its played instead of the game in their mind. According to one recent report, though, we may be nearing the end of the Sterling-and-Waldman Era.

Bob Raissman, the well-sourced sports media columnist for the Daily News, questioned the future of Ma & Pa Pinstripe in his column on Saturday morning. The team’s radio deal, estimated at an annual worth of $12 million, with WCBS AM 880 expires after the 2011 season, and so too do Sterling’s and Waldman’s employment contracts. As Raissman puts it, Hal Steinbrenner’s Yankees are in no rush to renew the deal if the finances aren’t just right, and the team may be willing to let its next radio partner pick the broadcast voices.

“The Yankees regime, led by Hal Steinbrenner, will be more concerned with obtaining maximum dollars in a new radio deal than who the broadcasters are,” Raissman says. “Loyalty ain’t even a factor here.”

It will be interesting to see how this storyline plays out. Sterling and Waldman were George’s people through and through. Steinbrenner loved Sterling’s personality and his campy approach to Yankee games, and Waldman has been an organizational favorite and a female trailblazer in sports media for nearly two decades. Compared to the stars they cover, they don’t earn large salaries, but if another station wants to build its own identity, it sounds as though the new generation of Steinbrenners would have little use for the old.

And what might that new station be? Raissman reports of a potential change and one that would not be welcomed by many Yankee fans. “Outside of WCBS, which probably wants to keep the Yankees, it’s highly likely ESPN will – if it hasn’t already – stick its beak into the mix. For ESPN-1050, the process of trying to chip away at WFAN, longtime Mets rights holder, has not been easy,” he reports. Adding Yankees radiocasts to the mix of Jets, Knicks and Rangers would help change the equation – drastically. But how much would ESPN be willing to pay for the radio rights to Yankees baseball? And would pinstripe honchos be satisfied having their games go out over ESPN-1050’s weak signal?”

WEPN 1050 AM has a notoriously weak signal in the New York area. While WCBS 880 AM is one of the FCC’s clear-channel class A stations that doesn’t face competition for signal strength in the eastern half of the United States, WEPN isn’t so lucky. This class B signal is limited by a station in Philadelphia at 1060 on the AM dial, and it must avoid pointing or powering up its signal to the southwest due to the clear-channel status of an AM station in Nuevo Leon, Mexico. Listeners near Boston and Washington, DC, can hear WCBS while residents in Monmouth County, New Jersey, have trouble with WEPN.

Right now, this contract status isn’t a very big issue. The team has another year left, and Sterling and Waldman will be around for it. How this is eventually resolved though will be an indicator of how things have changed business-wise for the Yanks after the passing of King George. Hal’s approach could be much, much different. 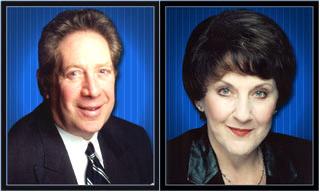 Seemingly in spite of themselves, John Sterling and Suzyn Waldman are reeling in the listeners. Arbitron, the radio ratings board, has released listener totals for the first half of the baseball season, and more fans tune in for Yankees games than for any other team. According to their estimates, from April 4 to June 23, an average of 441,000 listen to the Bombers. That figure eclipses the second-place Mets by 72,500 fans per game. The Cubs, Tigers and Angels round out the top five.

As for market share, though, neither the Yankees nor the Mets can crack the top 15. In baseball’s target demographic — men between the ages of 25 and 54 — nearly 25 percent of Cincinnatians listening to the radio at that time tune into Reds games. Because millions of people live in New York radio, the lofty listener totals just can’t catch up.

For the Yankees, these high figures mean one thing: More money. Armed with more precise data than ever before, the Yankees and WCBS will be able to milk more money out of the team’s radio broadcasts. “As advertisers look to capitalize on this year’s pennant race, professional baseball on the radio delivers large numbers of listeners for every game,” Arbitron Sports Manager Chris Meinhardt said in a statement. “Arbitron’s Mid-Season PPM Radio Listening for Pro Baseball reports the average game audience for each team.”

Now, if only the team would do something about the quality of their radio announcers. (A tip o’ the hat to Rob Iracane at Walkoff Walk.)

Remember when Roger Clemens came back in 2007 and Suzyn Waldman flipped her lid? It was “of all the dramatic things she has ever said,” the Roger Clemens return seemed to take the cake. Well, she sure does look foolish now, huh? In fact, I was at that game and the 50,000 of us that stood and gave Clemens a standing ovation probably look equally foolish. Our reaction wasn’t immortalized in audio. Meanwhile, Bob Raissman of the Daily News caught up with Waldman in the aftermath of this week’s hearings. Waldman gives the typical canned answers, but lest we forget, it was indeed dramatic.