Earlier this week, Tom Kaminski took Chopper 88 for a whirl over Yankee Stadium and returned to Earth with another photo gallery from the dismantling of Yankee Stadium. As the above shot shows, the old bleachers are nearly gone, and the destruction of the House that Ruth Built is continuing.

Kaminski zoomed in on the right field seats and captured the Yanks’ dugout amidst the rubble. The sections behind home plate are nearly gone as well. While we have these glimpses inside the House that Ruth Built, the demolition of the stadium won’t hit home until the outside walls start coming down.

After the jump, a look inside the old Stadium. 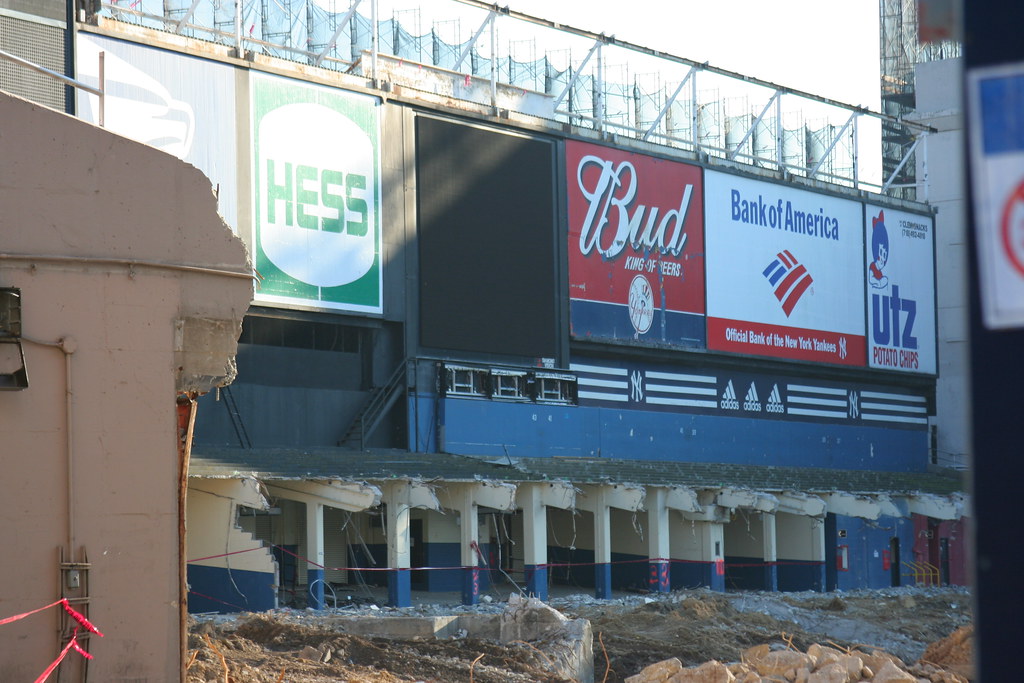