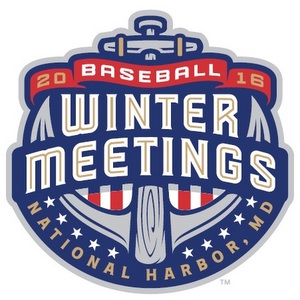 The four busiest days of the offseason begin today. Well, three busiest days. Usually everyone heads home following the Rule 5 Draft on Thursday morning. Anyway, the 2016 Winter Meetings begin today at the Gaylord National Resort & Convention Center in National Harbor, Maryland. The Yankees are expected to get down to business today after taking some time to review the new Collective Bargaining Agreement.

“I said, ‘Listen, give me at least 24, 48 more hours to see what sort of information we can get from baseball,'” said Brian Cashman to Ken Davidoff last week. “So hopefully we’ll be able to hit the ground running Monday at the latest, but it’s in our best interest to know what we’re dealing with, first and foremost … Speeding up the process and going with the youth movement is going to play an even more important part now, more than ever with what appears to be some of the restrictions in the marketplace that are occurring here.”

The Yankees picked up Matt Holliday to be their DH last night, but they’re still in the market for “pitching, pitching, pitching.” All types. Starters and relievers, so much so that they’re said to be in on the all the top free agent closers. We’ll keep track of the day’s Yankees-related rumors right here, so make sure you check back often for updates. All time stamps are Eastern Time.